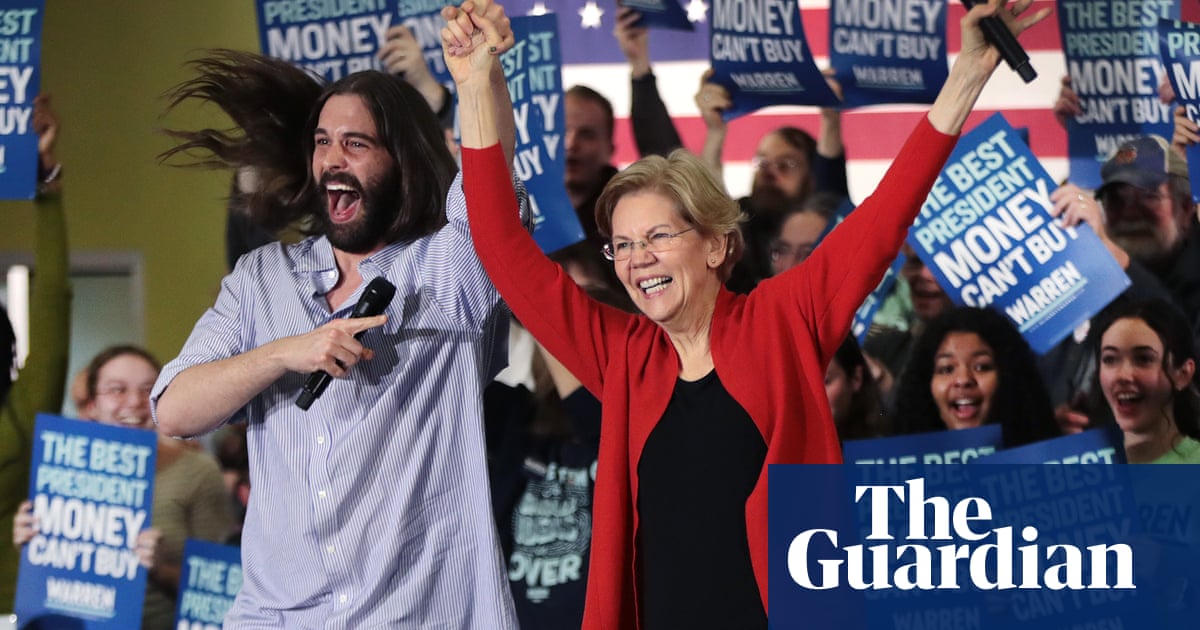 As the race for the 2020 Democratic nomination grows increasingly unpredictable, every boost helps – and candidates are calling in support from the powerful world of film and entertainment.

From Ariana Grande’s endorsement of Bernie Sanders to Pete Buttigieg’s fundraiser with Gwyneth Paltrow, the Hollywood endorsement remains a coveted campaign accolade. And while a recent survey found nine in 10 adults wouldn’t have their vote swayed by a celebrity, the study also found celebrities hold significantly more sway among young voters, a group candidates are eager to reach.

Ariana Grande wants her fans to vote. What do they think of the 2020 contenders?

Ahead of the California primary on 3 March, here’s who Hollywood’s famous names have said they’ll vote for.

The stars appear aligned for Bernie Sanders, with the candidate receiving more than two dozen endorsements from prominent musicians, actors and athletes.

Other surprising names include Hailey Bieber (model and newlywed to Justin Bieber), the writer and influencer Caroline Calloway, and the celebrated drag queen Lady Bunny.

Amy Klobuchar’s Hollywood endorsements have not been as extensive as other candidates’, but they have increased in recent weeks – perhaps reflective of her recent rise in polling. The American Idol season two runner-up Clay Aiken endorsed the former prosecutor in February. The singer, who is gay, announced his support in a USA Today op-ed titled Why I’m Changing My Vote from Joe Biden to Amy Klobuchar, writing: “The Democratic party of 2020 is ready for a fresher voice. Klobuchar is that voice.”

Other celebrities caught in the “Klobmentum” include the Glee actor Jane Lynch and the writer-director Greg Berlanti (Riverdale, Love, Simon, Chilling Adventures of Sabrina).

Pete Buttigieg has found big-name support among Hollywood elites such as the actor and Goop CEO Gwyneth Paltrow, who held a fundraiser for the former mayor, the animator Seth MacFarlane and the actor Michael J Fox.

However Buttigieg, whose campaign has struggled to reach black voters, suffered an awkward moment when his campaign announced the support of the comedian Keegan-Michael Key, only to walk it back a few hours later. The two did appear together at an event to encourage voter turnout in Nevada, but the campaign clarified it was not an official endorsement (and it wasn’t the first time the campaign has overstated pledges of support from black leaders).

Elizabeth Warren: a favorite among Hollywood’s women and LGBTQ+ stars

Elizabeth Warren may have slipped in the polls, but her support from Hollywood has not, and especially within its LGBTQ+ community. The Queer Eye star Jonathan Van Ness has been a vocal supporter of the Massachusetts senator. Van Ness, who discussed his own HIV-positive status in 2019, said Warren’s healthcare plan would greatly benefit those living with the condition. “Healthcare shouldn’t be for profit ever, it’s a human right,” Van Ness wrote in his endorsement. Bobby Berk, another Queer Eye star, has also voiced support for Warren.

The late entrant to the race has secured several endorsements, including the fashion designer Isaac Mizrahi, who cited Bloomberg’s “support for the LGBTQ” as mayor of New York. The Project Runway host Tim Gunn also has endorsed Bloomberg, even joining the candidate’s LGBTQ+ council.

The actor Ted Danson (The Good Place, Cheers) endorsed Bloomberg in a lengthy Facebook post, voicing his support for Bloomberg’s commitment to curbing climate change. Judge Judy endorsed the candidate in January, praising his moderate policies and criticizing Trump, saying: “Enough damage has been done. My mission is to see that Mike Bloomberg is in the White House for the next four years.”

Joe Biden: not the starriest sky, but a few bright spots

While Biden hasn’t received the same enthusiastic, high-profile support from Hollywood as some other candidates, he does have a few big names behind him. In February, the pop icon Cher said she still supported Biden, despite his disappointing results in Iowa and New Hampshire. “I know and believe in him, even if some think he’s a lost cause,” the singer said during an interview on The Tonight Show with Jimmy Fallon.

Other Biden supporters include the actor Tom Hanks, Alec Baldwin and Amy Pascal, the former chair of Sony Pictures Entertainment.

Why do we only care about incels when they are men? | Arwa Mahdawi

US news | The Guardian Back in the 90s, Alana couldn’t get a date. Lonely and frustrated, the self-described late bloomer started an online support group for people like her, whom she termed “involuntary celibates”, or “incels”. Alana’s Involuntary Celibacy Project soon became a community for people of all genders and orientations who weren’t able […]

I’m a TV presenter who’s been pilloried on social media. I know the damage it can do | Kirstie Allsopp

US news | The Guardian This is not a piece about Caroline Flack, partly because I never met her and I don’t watch Love Island, though I do know that she was a sister and a twin, and the idea of losing one of my sisters, or trying to explain their death to my children, […]

US news | The Guardian As of Thursday morning, we still can’t say for certain who won the Iowa caucuses. The New York Times reported today that even now that nearly all the results are in, they are “riddled with inconsistencies and errors”. The tallies don’t add up, the delegate numbers are wrong, and there […]