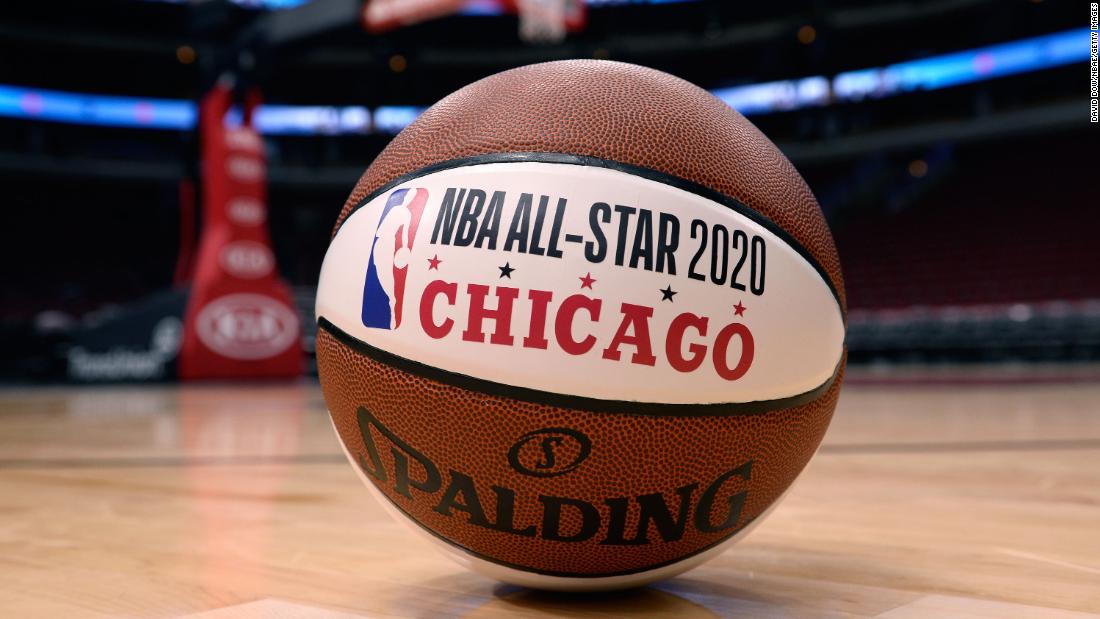 The 69th annual event brings together the best players in the league for a series of exciting competitions and a showdown you won’t want to miss.

It’s the one weekend a year when the best players in the NBA share the same court. The action started Friday night with a celebrity all-star game, which included rappers Common and Chance the Rapper, and the Rising Stars Game, which pitted 10 first- and second-year NBA players from the United States against NBA counterparts from around the world. On Saturday there’s a slam dunk competition, a three-point contest and a skills challenge. The actual All-Star Game is played Sunday night.

The All-Star events start with the Taco Bell Skills Challenge on Saturday night.

In this event, two players compete simultaneously on the same obstacle course with the fastest player moving on to the next round. The competition starts with eight players.

The four players with the fastest time advance to the second round, where they compete in the same course.

And the same thing happens in the final round. The player who finishes with the fastest time is declared the winner of the event.

Also on Saturday is the MTN Dew 3-Point Contest.

In this two-round contest, eight players shoot from five different spots on the three-point line.

Four spots have racks with four regular game balls worth one point each and one multi-colored “money ball” worth two points.

One rack will hold nothing but “money balls.” Each player will decide where this rack will be placed for them.

This year, two new balls will be placed 6 feet behind the three-point line in what is called “The MTN DEW Zone.” These balls will be worth three points each.

Each competitor has 70-seconds to shoot as many of the 27 balls as possible.

Next up is the AT&T Slam Dunk contest.

Four NBA players will compete in this year’s event.

The players have two dunks — three attempts on each — to impress a panel of former/current NBA and WNBA players. Five judges will rank each dunk on a scale of 6 to 10.

The two players with the top score move on to the final. Both will get two dunks and the player with the highest combined score is crowned the 2020 AT&T Slam Dunk champion.

What about the All-Star Game?

The All-Star Game on Sunday is the main event. It’s when the best players in the NBA are split into two teams that go head-to-head.

This year — like last year — the team captains are LeBron James of the Los Angeles Lakers and Giannis Antetokounmpo of the Milwaukee Bucks.

How do players make the All-Star team?

James and Antetokounmpo were appointed captains by basketball fans who voted for them.

They chose their teams on February 6, taking turns drafting players who will start and come off the bench.

The 10 starters — two guards and three front court players per conference — were chosen by fans (50% of the vote), current players (25%) and the basketball media (25%). NBA coaches pick the 14 reserves.

Here’s who made the team

and which team they will play for.

The game is typically played like a regular-season showdown. But there’s a new format this year.

In honor of Kobe Bryant, who

died in a helicopter crash

with his 13-year-old daughter and seven other people on January 26, the NBA

In the fourth quarter, the time will turn off and the two teams will face off in a game to 24 — Kobe’s jersey number.

Will there be entertainment?

Before player introductions on Sunday,

to Bryant and the other crash victims.

At halftime, Chance The Rapper will take the stage with fellow Grammy-winning artists Lil Wayne and DJ Khaled as well as Migos rapper Quavo.

Where can I watch the two events?

The slam dunk competition, a three-point contest, a skills challenge will start on Saturday at 9 p.m. ET.

Both games will be held at Chicago’s United Center. But you can catch all the action on TNT or streaming on FuboTV.

CNN.com – RSS Channel – HP Hero The emergency landing occurred shortly after the aircraft took off Sunday from San Jose, California, according to a statement released by the University of Kansas’ Athletics Department. “Upon our return flight home from San Jose, CA, roughly 20 minutes into the flight, one of the engines failed, ” […]

CNN.com – RSS Channel – HP Hero The reversal came Thursday in a podcast interview Trump did with journalist Geraldo Rivera, who asked, “Was it strange to send Rudy Giuliani to Ukraine, your personal lawyer? Are you sorry you did that?” Trump responded, “No, not at all,” and praised Giuliani’s role as a “crime fighter.” […]

CNN.com – RSS Channel – HP Hero Kevin Frayer/Getty Images There are more than 2,000 confirmed cases of the virus, and 56 deaths, worldwide as concern mounts about the rate of its spread. Here’s a rundown of what has been happening over the past few hours: Outbreak in China: Some 1,975 cases were confirmed in mainland […]