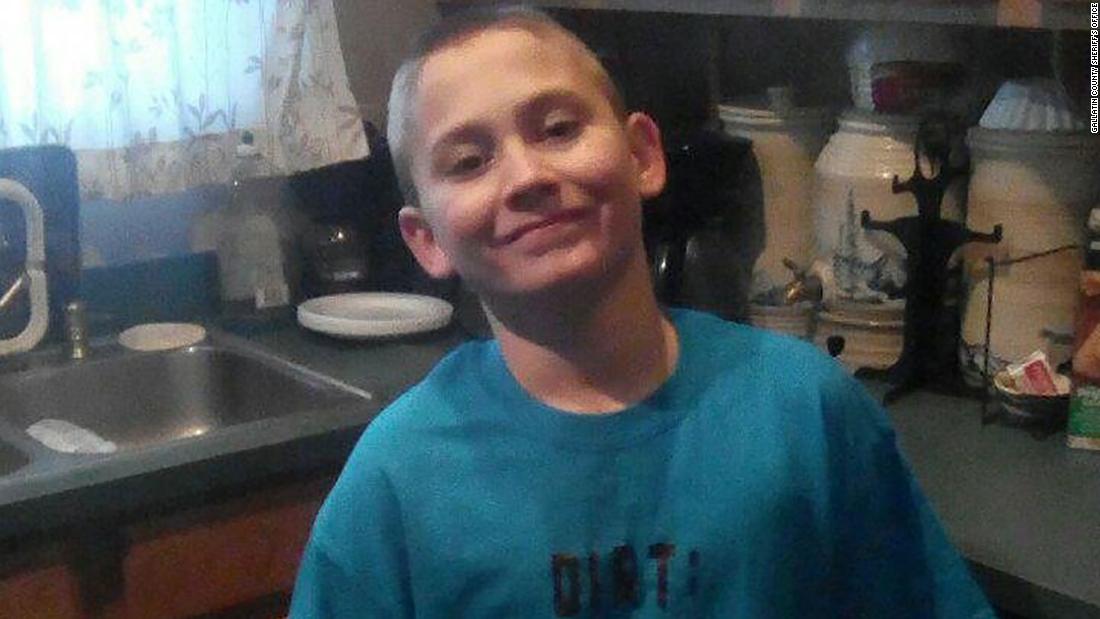 Videos found by police show a pattern of abuse that included forced exercises and physical abuse, according to court documents.

James Alex Hurley had been living with his grandparents, James Sasser Jr. and Patricia Batts, for the last two years. Also in the home were the couple’s children, including their 14-year-old son who was James’ uncle. The uncle is being charged as a minor.

“I believe the systematic torture and beatings are perpetrated on the victim in this case that led to his death,” Bjorn Boyer, Deputy County Attorney with the Gallatin County Attorney’s Office, told

The suspects have all three been charged with one count of deliberate homicide, according to court documents.

A fourth person, Gage Roush, 18, was also arrested for felony assault on a minor. Court documents allege that Roush, a family friend, could be seen on cell phone video beating Hurley with a paddle.

Court documents show the defendants are being represented by the Gallatin County Public Defender’s Office. CNN has reached out on multiple occasions.

James Hurley had been sent to Montana by his mother to live with his father. James’ mother lives in Texas, according to a criminal complaint from the Gallatin County Attorney’s Office.

James’ father died in 2018, which is why he ended up living with his grandparents and uncle, the complaint said.

The family described Hurley as recently becoming “suicidal,” “erratic,” and “hearing voices,” according to the complaint.

Sometime in January, the relatives said James deliberately tried to hurt himself by running himself into an entertainment center, according to the complaint.

Despite the family’s claims, detectives said they have not been able to find any record of the family reporting these alleged behaviors to law enforcement or of the family attempting to get medical or psychiatric help for James.

Detectives were also told by James’ biological mother in Texas that she tried to call the grandparents’ home numerous times but those attempts were “systematically blocked by Batts,” the complaint said.

James and the uncle had multiple altercations with the last one being in February, the complaint said.

Sasser told detectives that on February 2, he had been asleep but the uncle and James had gotten into a fight. He woke up the next morning and was told by Batts that James had died, according to the complaint.

James’s body was taken to Montana State Crime Lab for an autopsy on February 4 where an autopsy said his preliminary cause of death was blunt force trauma to the back of his head, the complaint said. Toxicology reports are still pending.

Detectives seized the cell phones of the uncle and grandparents and put together a timeline based on videos of abuse dating back to December 2019.

“Detectives observed videos of what appeared to be the family torturing (James),” the complaint said.

Instances of the abuse included James being forced to do exercises — jumping jacks and wall squats — along with standing in front of a fan with no clothing but his underwear, according to the complaint. Videos reviewed by detectives also showed the suspects spraying James in the face with an unknown substance that burned him and choking him, the complaint said.

During the search of the home, detective also found food in the house was locked up so James did not have access to it, the complaint read.

CNN.com – RSS Channel – HP Hero The devastating Australian bushfires have been burning for months and there’s no end in sight. They’ve taken the lives of citizens and firefighters, and they’ve destroyed hundreds of homes. They’ve forced entire towns to evacuate and live in shelters in one of the worst fire seasons in Australia’s […]

CNN.com – RSS Channel – HP Hero Detroit student Tia Jackson, 22, told CNN she was in the middle seat Tuesday while her friend was sitting by the window and a man they didn’t know had the aisle seat. During the flight, Jackson said she put in her AirPods and went to sleep, leaning on […]