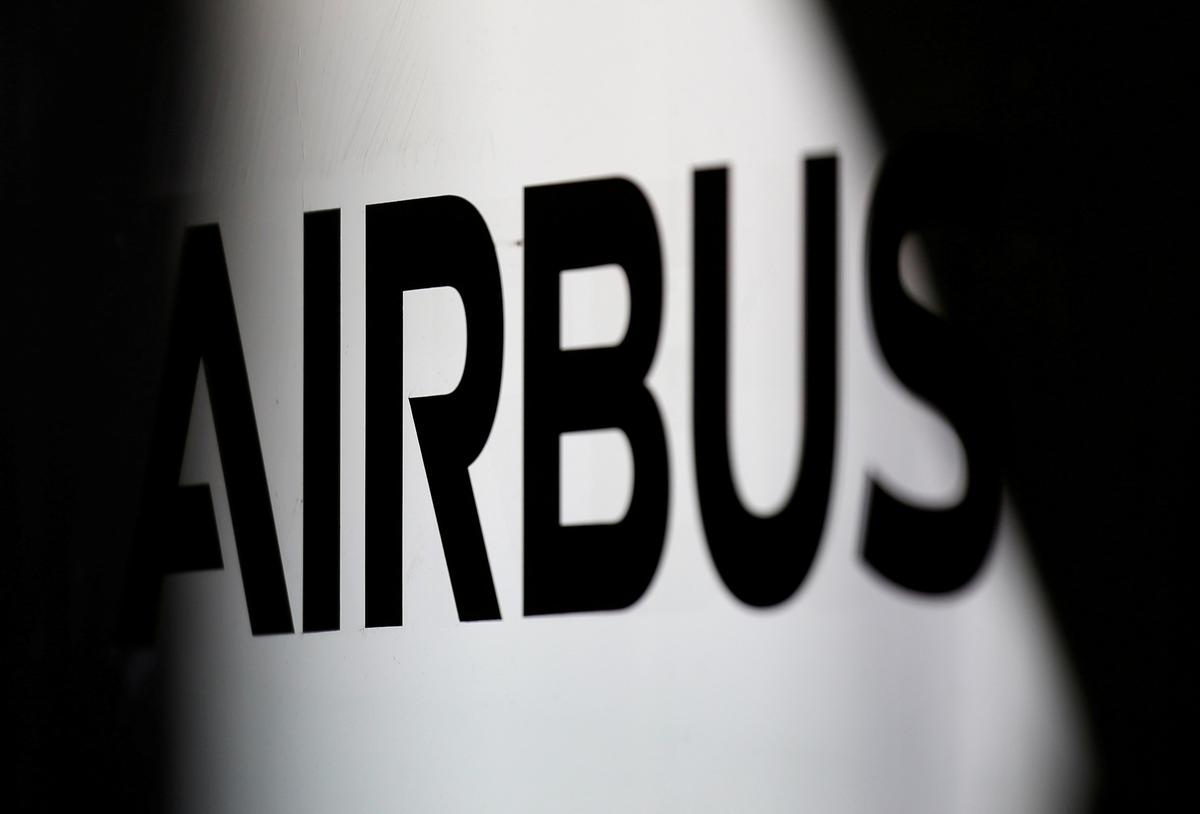 WASHINGTON (Reuters) – The U.S. government on Friday said it would increase tariffs on aircraft imported from the European Union to 15% from 10%, ratcheting up pressure on Brussels in a nearly 16-year transatlantic dispute over aircraft subsidies.

FILE PHOTO: The logo of Airbus is pictured at the aircraft builder’s headquarters of Airbus in Colomiers near Toulouse, France, November 15, 2019. REUTERS/Regis Duvignau/File Photo

The U.S. Trade Representative’s Office said it remained open to reaching a negotiated settlement with the EU on the issue, but could revise its actions if the EU imposed tariffs of its own in connection with a pair of disputes over the subsidies.

In a statement released late on Friday, USTR said it would make minor modifications to 25% tariffs imposed on cheese, wine and other non-aircraft products from the EU, including dropping prune juice from the list. It did not raise the tariff rates on those product, as it had suggested it might do in October.

The U.S. action comes as U.S. President Donald Trump has trained his sights on restructuring the more than $1 trillion U.S. trade relationship with the EU, raising the specter of another major trade war as the global economy slows.

European planemaker Airbus (AIR.PA) said the U.S. move would hit U.S. airlines already facing a shortage of aircraft and complicate efforts to reach a negotiated settlement with the European Union in the longstanding dispute.

Airbus said it would continue discussions with U.S. customers to “mitigate effects of tariffs insofar as possible” and hoped USTR would change its position, particularly given the threat of EU tariffs on U.S. products in its own case before the World Trade Organization.

“USTR’s decision ignores the many submissions made by U.S. airlines, highlighting the fact that they – and the U.S. flying public – ultimately have to pay these tariffs,” the company said in a statement.

The USTR had announced in December that it could increase tariff rates up to 100% and subject additional EU products to tariffs, following a decision by the WTO that EU launch aid to Airbus continued to harm the U.S. aerospace industry.

The WTO in October had awarded Washington the right to impose tariffs on $7.5 billion of annual EU imports in its case against Airbus. Washington then slapped 10% tariffs on most European-made Airbus jets and 25% duties on products ranging from cheese to olives and single-malt whisky, from Oct. 18.

Boeing, in a statement, said it was working with U.S. federal and state officials to “promptly bring the United States into full compliance” with WTO rulings.

“The EU and Airbus could end these tariffs by finally complying with their legal obligations, ending these illegal subsidies, and addressing their ongoing harm. We hope they will,” the company said in a statement.

Reuters: Top News BEIJING/GENEVA (Reuters) – The death toll in China climbed above 1,000, as the World Health Organization (WHO) cautioned that the spread of cases outside of China could be “the spark that becomes a bigger fire” and said the human race must not let the epidemic get out of control. Hubei province, the […]

Reuters: Top News Customers wearing face masks shop inside a supermarket following an outbreak of the novel coronavirus in Wuhan, Hubei province, China February 10, 2020. China Daily via REUTERS BEIJING (Reuters) – China’s Wuhan city, the epicentre of the coronavirus outbreak, has not been able to confirm all existing suspected cases of the coronavirus […]

Escaping the virus lockdown in Wuhan would have torn his family, so he stayed

Reuters: Top News SEOUL (Reuters) – Kim Min-jun’s elation at news that South Korea would evacuate its citizens from the epicenter of a virus epidemic in China quickly faded when he learned his Chinese wife would be unable to accompany him. FILE PHOTO: People wearing masks work at a hospital in Wuhan, Hubei province, China […]