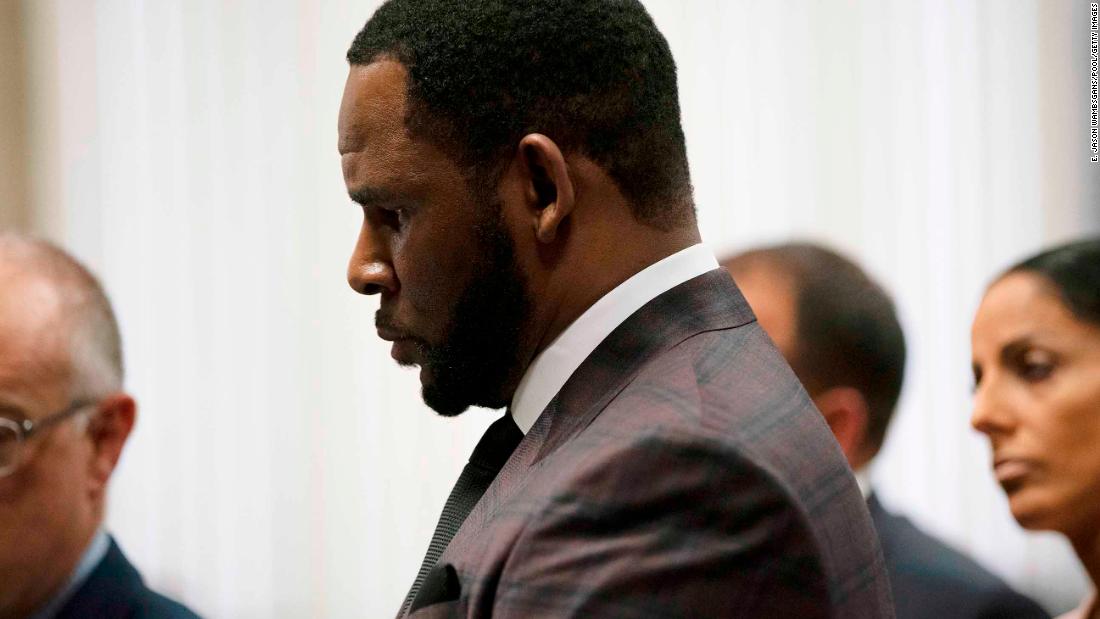 Kelly, who is facing charges of

, was charged Friday in a 13-count superseding indictment with multiple counts of child pornography and other crimes.

In the new filing in US District Court in Illinois, which is largely similar to his original

, Kelly is accused for the first time of sexually abusing a teenage girl identified as “Minor 6.”

Another girl, who had been identified as Minor 2 in the original document, was removed from the victims listed in the indictment.

The revised indictment also says that prosecutors are now seeking the forfeiture of all assets from Kelly’s production company known as Bass Productions and a separate company owned by his former business manager, Derrel McDavid, who is a co-defendant in the case.

Kelly, whose full name is Robert Sylvester Kelly, faces a separate five-count indictment in US District Court in New York. The indictment accuses Kelly of sexual exploitation of a child, kidnapping, forced labor and violations of the Mann Act involving the coercion and transportation of women and girls in interstate commerce to engage in illegal sexual activity from 1999 to the present.

The singer has pleaded not guilty to all criminal charges against him. He remains jailed without bond at the Metropolitan Correctional Center in Chicago.

On Friday, Kelly’s attorney, Steven Greenberg, said the updated indictment was not unexpected.

“But the allegations seem to be more of the same old, same old. And just like with the past allegations we dispute them. We look forward to Robert’s day in court, to his trial and to the day that he can walk free,” Greenberg told CNN.

Federal prosecutors in Illinois claim Kelly videotaped himself having sex with at least four girls under the age of 18 beginning in 1998.

A few years later, after Kelly learned that some of those videos were missing from his “collection,” he and others began paying “hundreds of thousands of dollars” to several people to recover them, court documents said.

Two of Kelly’s former employees, McDavid and Milton “June” Brown are also charged in the indictment. McDavid’s attorney, Vadim Glozman, said the updated filing does not change the defense for his client.

“We’re looking forward to our time in court and getting him vindicated from these charges,” Glozman said.

An attorney for Brown declined to comment on the new document, saying she hadn’t seen it on Friday.

A trial date for the case has been set for April 27, but it could be delayed due to the updated indictment.

CNN.com – RSS Channel – HP Hero CNN’s Brian Stelter provides commentary on how a fear of Trump is harming government agencies, including the National Oceanic and Atmospheric Administration. February 3, 2020 at 10:10PM

CNN.com – RSS Channel – HP Hero Administration officials are tying themselves in knots to avoid contradicting Trump’s statement that Qasem Soleimani was planning attacks on four US embassies and that the President was therefore justified in ordering his killing. Lawmakers say the hugely significant claim was not included in briefings on Capitol Hill last […]

Disney actress Nikita Pearl Waligwa, who appeared in ‘Queen of Katwe,’ dead at 15

CNN.com – RSS Channel – HP Hero Nikita Pearl Waligwa, who appeared in the 2016 Disney film “ Queen of Katwe ,” was 15. The movie tells the true story of Phiona Mutesi who went from living in Uganda’s slums to becoming an international chess star. Nikita played the main character’s friend Gloria in the […]