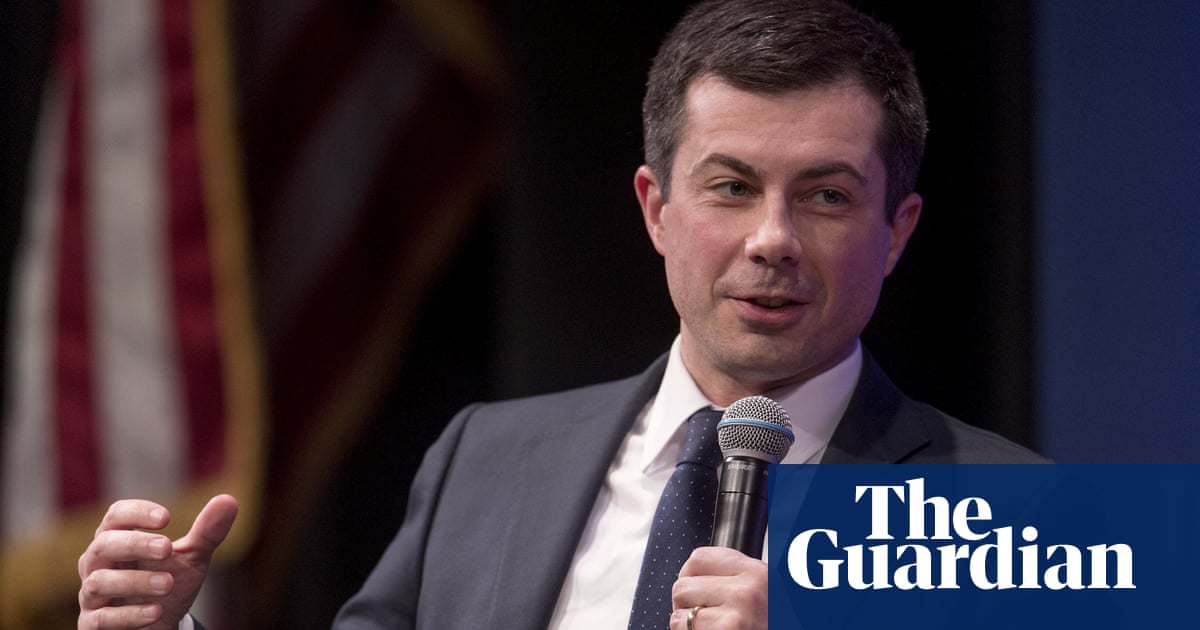 At the center of San Francisco’s National LGBTQ Center for the Arts, two queer activists stood up and disrupted a private fundraiser for Pete Buttigieg after he received a question from the audience about his husband, Chasten.

The packed room quickly booed down the activists, drowning out their pointed questions with chants of “Boot-Edge-Edge! Boot-Edge-Edge!” as they were escorted out of the building.

“I respect your activism, but this is a gathering for supporters of our campaign and I just got a question about my husband and I’m really excited to answer it,” Buttigieg quipped from stage, drawing strong applause from the crowd.

The activists were part of a group protesting outside the event that reflected a growing disquiet among the LBGTQ+ community when it came to the Buttigieg campaign. Buttigieg may be the first openly gay candidate to sweep the national stage and perform as well as he has in Iowa and New Hampshire, but more and more young queer voters say they feel he is not representative of them or their experiences.

“I’m definitely proud of the fact that a gay candidate has made it thus far, but it’s hard to enjoy or appreciate when his stances are so middle of the road and speak to a predominantly white, upper class audience,” Celi Tamayo-Lee, one of the activists escorted out of the fundraiser, said in an interview before the event.

Friday’s protesters cited many of the same issues that members of the LGBTQ+ community nationwide say are giving them pause – Buttigieg’s unwillingness to support Medicare for All, free college for all, his issues with communities of color, his ties to billionaire donors – all issues that are not specific to the LGBTQ+ community but still affect them at certain intersections.

Pete Buttigieg is Biden without the black friends | Malaika Jabali

“We need better, we deserve better,” Adiel Pollydore, a 26-year-old program director with Student Action who is black and queer, told the Guardian. “There’s a level of irony that this event costs hundreds of dollars to attend in the Mission, a historically Latinx and immigrant neighborhood. What does it say that this event is not accessible to the folks that live in the neighborhood where it’s being held?”

Tickets to the fundraiser started at $250. The event was not open to press, but the Guardian received a ticket from the not-for-profit group Bay Rising.

“We’re all gay!” a protester responded.

“You interrupted that question,” the Buttigieg supporter said, walking toward Tamayo-Lee. “You’re deplorable.”

“Don’t walk up on us,” another protester said, shielding Tamayo-Lee.

“You’re walking up on us, going up on us because we’re gay men,” the supporter responded. “You’re horrible.”

The group quickly reset after that interaction, chanting, “Hey Pete! Come out, we got some things to talk about!”

“The people who disrupted that fundraiser were all queer people of color,” Pollydore said. “We’re allowed to want the gay candidate who is running to do better and be better for queer communities of color. There’s nothing homophobic about that.”

While Buttigieg has been open about his sexual orientation, with his husband Chasten playing a large role in the campaign, Pollydore felt there was a level of erasure in the way Buttigieg spoke about and presented LGBTQ+ issues.

“Pete Buttigieg represents a very small percentage of the experiences of queer and trans people in this country, being white and being cisgender and being a man, being someone who is highly educated,” Pollydore said. “We know queer and trans folks of color, especially black queer and trans folks, live at the intersection of so many systems of oppression in this country. This run for president could have been a really unique opportunity to lift up those experiences and talk about all the different ways we are criminalized and our safety is constantly threatened and we are shut out of institutions on the regular. But this campaign has not been about that.”

Before the event, the line of Buttigieg supporters wrapped around the block to enter, with protesters chanting and waving signs while people waited. Some supporters seemed flummoxed by their presence. “Queers against Pete?” one attendee questioned, reading their signs.

“We’re on the same team,” someone muttered.

“What’s the point?” someone else said. “Just vote for your candidate. Don’t tear down the others.”

“You’re coming to San Francisco, the heart of gay activism in America,” Emily Lee, director of the San Francisco Rising Fund, said in an interview. “You need to actually respond to the people of San Francisco who identify as gay or queer. It’s a very fitting place to be asking him these hard questions.”

US news | The Guardian Donald Trump “thinks differently” than any client Don McGahn has represented, the former White House counsel said on Friday. He also insisted Trump never wavered on the nomination of Brett Kavanaugh, a statement contradicted by recent reporting. McGahn spoke at a Florida conference staged by the Federalist Society, a conservative […]

US news | The Guardian Public lands are facing threats like never before. Seasoned superintendents have been shuffled around the country to force their retirement. Ancient cacti are being plowed up to make way for a border wall. Mention of climate change has been suppressed. These attacks are outlined by none other than Jon Jarvis, […]

US news | The Guardian The actor Shannen Doherty has revealed her battle with terminal breast cancer in an interview about her ongoing fight with State Farm, California’s largest home insurer, to receive compensation for her wildfire-damaged home. Doherty’s Malibu home was damaged by smoke from the Woolsey fire in November 2018, which killed three […]