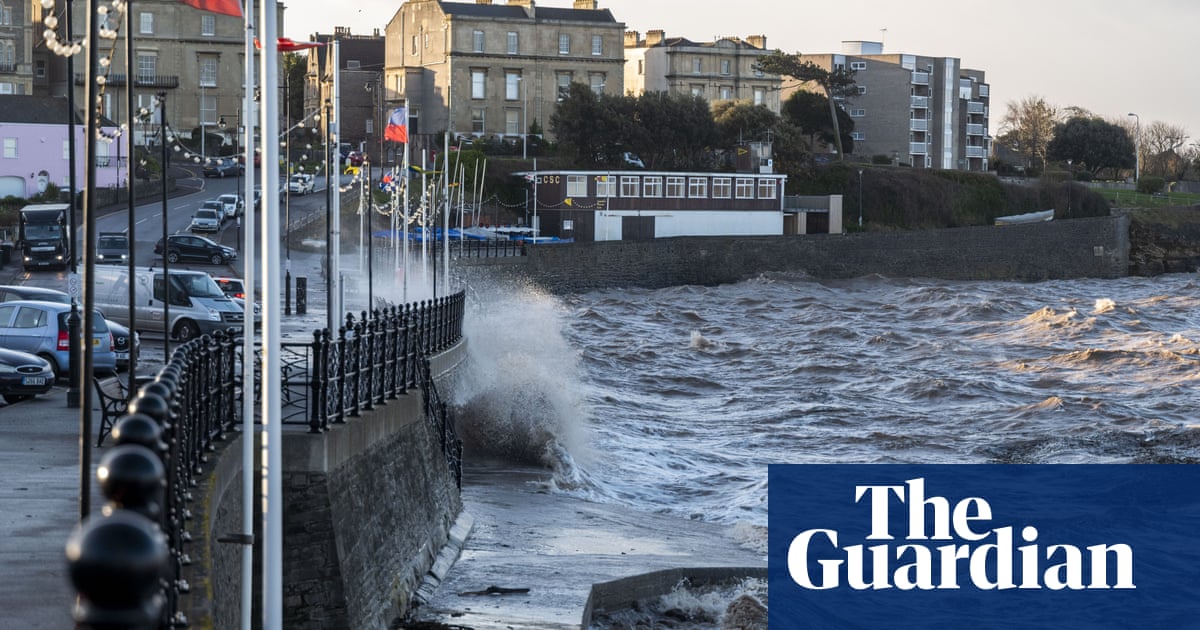 The Met Office has raised the threat levels issuing a “danger to life” weather warning as Britain braced itself for a second weekend of stormy weather.

The 1,200-mile wide Storm Dennis is expected to cause torrential downpours, raising the risk of fast-flowing floods and transport disruption over the weekend.

The country is still recovering from the flooding caused by Storm Ciara, during which a man in Micheldever, Hampshire, was killed when his car was hit by a branch and a dog walker in Liverpool died when a bough fell on him.

This weekend Storm Dennis will develop in the North Atlantic before tracking eastwards, and passing into northern Scotland on Saturday, with the country set to be blasted by winds of up to 70mph, and some areas getting more than 100mm of rain.

The Met Office issued severe amber weather warnings that flooding could cause danger to life, while power cuts are expected and transport links could be affected.

The Environment Agency issued 16 flood warnings for England – where flooding is “expected” – and 109 of its less serious flood alerts.

Network Rail advised passengers to expect disruption on many routes due to flooding and allow more time for their journeys. It said tracks could be flooded as the ground near some railway lines are already saturated, particularly in the north-west.

“We had a lot of flooding in the north-west and a lot of it disrupted the railway, for example at Todmorden and Caldew near Carlisle.

“With Storm Dennis set to bring more high winds and further rainfall this Saturday and Sunday, we’re preparing for more of the same.”

Those living near rail lines are being urged to secure any loose items in their gardens, after several trampolines were blown on to tracks and overhead electric wires last weekend, blocking lines.

Warnings were also issued to drivers as the storm is also likely to cause treacherous driving conditions.

Ben Sheridan, from the AA, said: “Cupid’s arrow has definitely missed the mark this weekend as we’re in for another round of grisly weather with Storm Dennis.

“The forecast looks bleak across the UK with warnings for wind and heavy rain which will significantly reduce visibility on the roads.

“Last weekend many people heeded travel warnings and avoided venturing out. It looks like another cosy weekend in could be on the cards for many as rain pours cold water on their plans.

“For those who are braving the storm, drivers should make sure they account for the conditions. Slow down, allow for greater stopping distances and watch out for potential hazards.”

It was Brexit, not leftwing policies, that lost Labour this election | Ell Smith

The Guardian For the first time since the 19th century, a British political party has gained seats when seeking a fourth term in office. The Conservatives’ share of the vote, 44%, was their highest since 1979, and their seat total – 365 – was their best since 1987. They achieved all of this despite 72% […]

The Guardian Outside a Taco Bell in south-east Las Vegas, Skateboard Mike crossed an empty parking lot and pointed at the tent encampment that had built up on the ledges of a storm drain. Skateboard Mike, whose real name is Michael Brinkman, lives nearby, spending his nights in a hole he dug in a dirt […]

The Guardian 8.54am EST08:54 Spotlight on Pelosi as House speaker delays sending articles of impeachment Good morning, live blog readers! The House of Representatives will convene for the first time of the new year today, and all eyes are on speaker Nancy Pelosi, who has not yet transmitted the articles of impeachment against Donald Trump […]