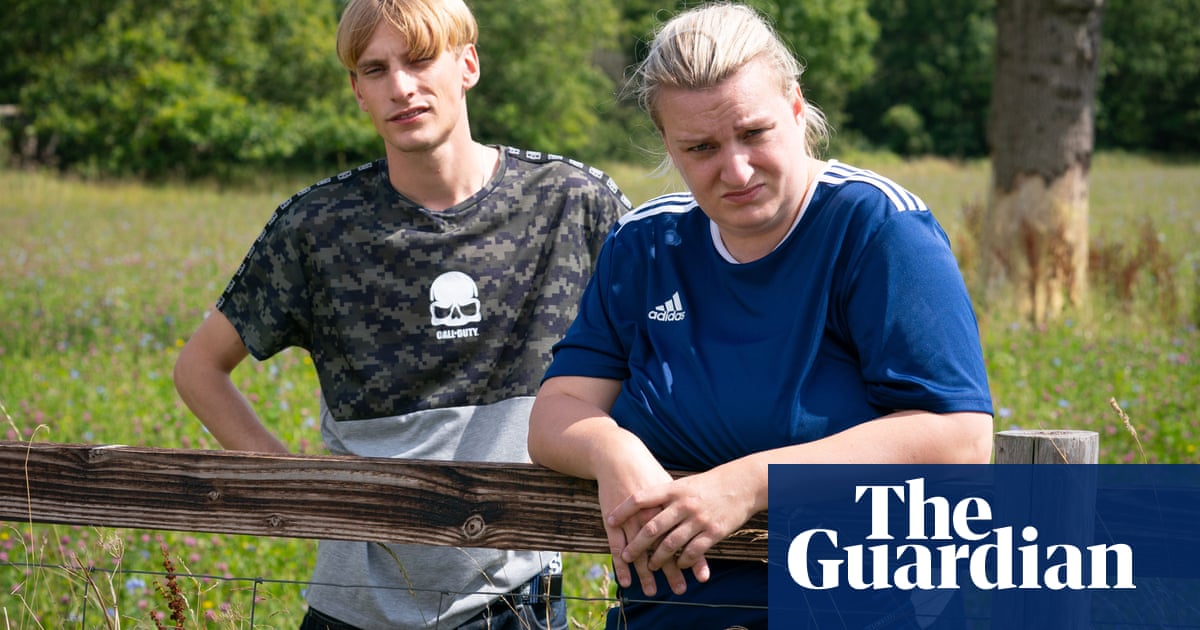 The tourist information site for Northleach focuses on attractions such as the magnificent 15th-century church of St Peter and St Paul and the annual charter fair, which has been held for the best part of 800 years.

But today’s visitors to the Cotswolds town are just as likely to come looking for spots associated with a much more contemporary phenomenon: the award-winning BBC mockumentary This Country, which is back for its third and final series on Monday.

“The fans come right up to the front door and pose for pictures,” said Sophie Anning, whose corner house is one of those used by the programme makers, doubling as the home of the scariest character, Big Mandy. “I don’t really mind. Most of them are very polite. When the BBC people first came and asked if they could use my house, I thought it was going to be like Shameless and I wasn’t sure I wanted to be involved. But it turned out much better than I thought. It’s good old British humour but also real. Everyone knows a Kerry and a Kurtan.”

The comedy is written by and stars siblings Daisy May Cooper and Charlie Cooper as cousins Kerry and Lee “Kurtan” Mucklowe, tracking their trials and tribulations in an unnamed Cotswolds village. But it is not just played for laughs. The characters’ struggles with boredom, isolation, loneliness and deprivation can be a difficult watch.

Emma Hanks, whose front path was the setting for an awkward tussle between Kurtan and a love rival, said it was an accurate portrayal of life for some people in a place like Northleach. “I’m born and bred here,” she said. “When you’re young, you’re slumming around, trying to find work. It’s hard even to get anywhere because the buses are absolutely useless.”

“It is like real life,” said Maureen Hilder, 80, a retired school canteen worker whose home stands in for Kurtan’s nan’s place. “It shows how kids carry on. I was a bit shocked by the swearing at first but as long as the little ones don’t see it I think that’s all right.”

Cllr Paul Hodgkinson, the Liberal Democrat member for Northleach and Bourton-on-the-Wateron Gloucestershire county council, said the show shone a light on aspects of life in the Cotswolds that were often hidden.

“There’s a rosy view of the Cotswolds as beautiful playground for the rich and famous, full of tourists. Some of that is true. But there’s hidden stuff too: rural poverty, a lack of services, antisocial behaviour. The show brings that out.”

Research carried out for the town’s neighbourhood plan sets out – with less pathetic humour – some of the issues brought to life in This Country.

The age profile for the town is older than the average and the number of people who are economically active smaller. Public transport is poor and the nearest train station is 14 miles away. There are around 2,000 residents but Northleach has lost its hospital, banks, petrol station and secondary school. The primary school is the biggest employer.

Wealthy, older incomers have sent prices spiralling – a very plain house in the neighbourhood where Kurtan and Kerry supposedly live goes for almost £300,000 – much more than a local person in an average job could afford.

Some residents have taken against the show. One woman would deliberately park her Land Rover in front of the cameras to try to stop filming. Rather than being upset by the verbal abuse they have received, the Coopers have instead incorporated some of the barbs into their dialogue.

The end of the show will be mourned by many. Paula Neate, who lives in another small West Country town, says she felt much more self-confident after watching the show. She got involved with a community of fans, and even met Daisy May Cooper at a charity football match.

She even plucked up the courage to make a “pilgrimage” to Northleach. “This Country has contributed hugely to me changing,” she said. “I have gone the best part of my life with very little confidence.

“The community centred around This Country are an amazing, welcoming group of people and no-one judges anyone, which is so refreshing. I had wanted to visit Northleach since the first series. Although I did feel a bit awkward, the locals were warm and lovely.”

The Coopers are from Cirencester, 10 miles south of Northleach down the Fosse Way. When they staged a hometown preview of series three in their hometown, 25,000 people applied for the 400 tickets. The town’s population is only 19,000.

One of the reasons they have decided to stop is that they can no longer eavesdrop for new material at pubs or bus stops because they are too recognisable and people clam up.

Stephen Wilson, the landlord of the Sherborne Arms (which doubles as The Keepers in the show) said his pub had done good business on the back of This Country.

“We have people coming to the pub from all over the UK after watching the show. They do that because they recognise it is true. It’s not vindictive or nasty. It’s understanding of the way people are.”

Wilson believes there is still a rich, deep seam of comedy to mine in Northleach. “I see it all going on here,” he said. “If they came and sat quietly in a corner in here, they’d soon have enough material for another six series.”

Utopias review – the centuries-old illusion of ‘taking back control’

The Guardian The Whitworth, ManchesterFrom Thomas More’s 1516 book to Hogarth’s French invasion plates and Simon Roberts’s Brexit posters, our quest for a future perfect world makes uncomfortable viewing Near the front of Thomas More’s 16th century book Utopia there is an illustration of a small island, dotted with rolling hills and populated with neat […]

Restoration dramas: inside the world of conservation artists

The Guardian Naval figureheads, ancient art and even Spitting Image puppets are all being brought back to life by a team of crack conservators There is a lot of talk about “loss” in the studio of Hans Thompson and Maxwell Malden. As art conservators, this is traditionally what they deal in: missing pieces that range […]