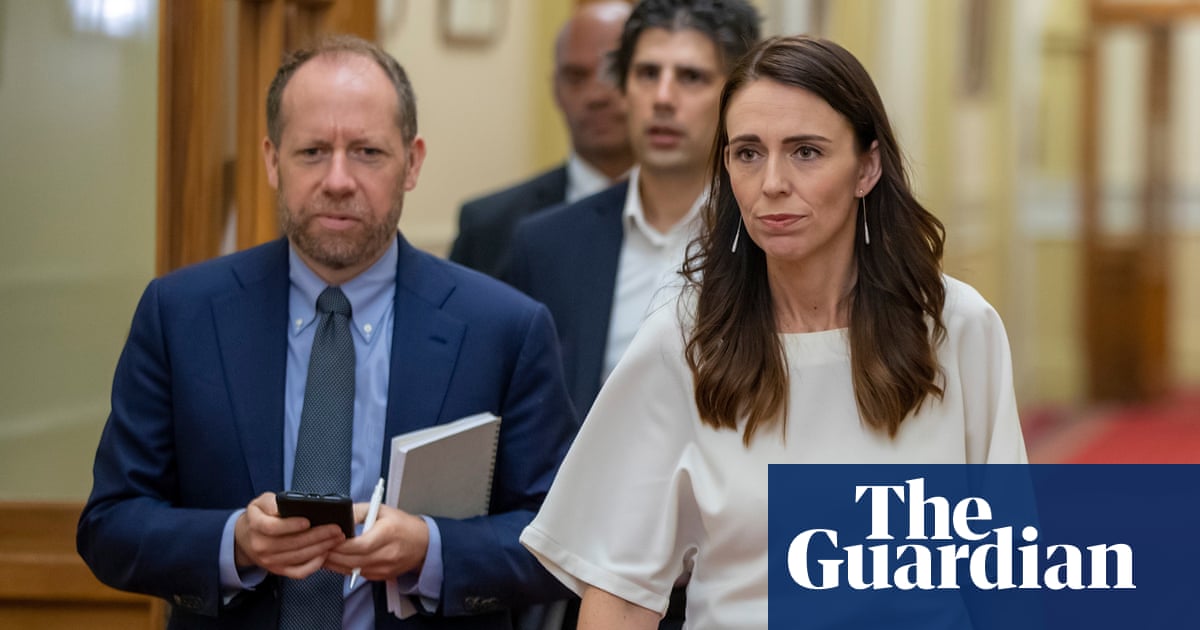 It’s time for morning tea at the Allen Bryant retirement home in Hokitika, New Zealand, and a rattling tea cart is doing the rounds as the 50 residents talk politics. The South Island district is a Labour party stronghold, and the party was born up the road at the Blackball pub 100 years ago.

The residents who live at the home in the West Coast region are overwhelmingly Labour supporters, with backgrounds in mining and lifetime union affiliation. It was on the west coast that the party celebrated its centenary. And it is here that it is beginning to alienate its once-loyal fans.

Denis Pfahlert, 92, has voted Labour all his life and says the government has made the mistake of politicians the world over – it has over-promised and under-delivered. With the next election just seven months away, some members of Labour’s loyal base are questioning the government’s ability to improve the status quo.

“Have you ever known politicians to keep their promises? I’ve been around a long time and I haven’t,” Pfahlert says. “And this government’s turning out no different. She [Jacinda Ardern] is doing her best but all politicians talk too big, from Trump to Boris Johnson. Of course they disappoint us.”

Three years ago, Ardern was elected on a promise to “transform” New Zealand in the most exciting vote the country had seen in decades. The feminist credentials and strong social conscience of Ardern, a progressive young leader who emerged during a turbulent period in global history, appealed to voters after nine years of conservative leadership by John Key, an ex-Merrill Lynch financier who had a fondness for tugging women’s ponytails.

On the personal front, Ardern offered an alternative image for modern-day politics. Becoming pregnant with her first child while in office, the PM has led a top-down reform of working conditions for parents, including boosts to baby grants and extensions to paid parental leave. Her government passed a zero-carbon act with bipartisan support, and introduced 10 days of paid leave for people escaping domestic violence, as well as making strangulation – a strong predictor of later homicide – a separate offence.

Following her now-famous response to the Christchurch terrorist attacks on 15 March, Ardern peaked in the polls with 51% approval as prime minister. Wearing a hijab, she was unwavering in her rejection of the gunman’s white supremacist ideology and quick to enact legislation banning assault and semi-automatic rifles just six weeks after the attack.

But in the months after Christchurch, Ardern’s popularity slipped, and confidence in Labour’s victory at September’s general election is being questioned. The latest Colmar Brunton poll has National polling ahead of Labour at 46%, with Ardern’s party at 41%. The prime minister has also slipped as preferred leader from her peak post-Christchurch and now stands at 42%, though this still puts her streets ahead of her rivals.

Anu Kaloti, 51, of Auckland, campaigns on behalf of migrant workers and says the government needs to be given some leeway after “the mess” of nine years of National party rule. However, she is disappointed by its performance and says Ardern’s status as an international humanitarian is not translating into better lives for Kiwis at home.

“After 15 March she has become an icon internationally, and that’s all very well, we feel proud of that, but what kind of delivery are we getting domestically?” Kaloti says. “I feel disillusioned. While it looks really good internationally, I’m seeing that as good marketing. We need more at home. There’s responsibilities here.”

‘They’re all just the same in the end’

Political commentator Bryce Edwards believes the Labour coalition government has not proved to voters that it is radically different from the previous National party government, despite its promises.

“Delivery has been the biggest issue for this government. They have failed on delivering on their big promises of inequality and housing,” Edwards says. “Labour may struggle to mobilise their fanbase come the next election; people are beginning to suspect this government is more interested in style over substance. And the gloss has definitely come off Ardern.”

Moreen Price, 85, also of Hokitika, doesn’t plan to vote in the election. Although she likes Ardern personally – “she’s really nice, she’s open, she seems to get on with everybody” – she hasn’t seen any change under Labour. “I don’t think they [Labour] are trying to be different. They’re all just the same in the end. They promise things but they never fulfil them. I’m over it, really.”

While Ardern’s global appeal – and her personal appeal inside New Zealand – has not wavered, it has been a brutal few months domestically for her party. A sexual assault scandal in the Labour party tarnished the prime minister’s image as a champion of women’s rights and the #MeToo movement and ate away at her most prized asset, trust.

Before that, the government was struggling to contain a housing crisis. Edwards, like most commentators, cites the government’s failure to address the affordability crunch as among its biggest problems. It has halted the sale of public housing and banned foreign buyers, but the wait for a state house is at a record high and tens of millions of dollars are being spent on emergency motel rooms to house the growing homeless population.

The government simply haven’t shown up on Māori issues.

The government’s flagship housing policy, KiwiBuild, has been a disaster, with just 286 affordable homes built in over a year when the target was 100,000 in a decade, and many sit empty and unsold in wealthy resort towns where there was no demand for them.

Restrictive and time-consuming building regulations, the high cost of land and a shortage of skilled labourers also contributed to the failure of the scheme. The high cost of the homes billed as “affordable” also turned off people, with two-bedroom homes going for upwards of NZ$500,000.

The housing minister, Megan Woods, described KiwiBuild’s agenda as “overly ambitious”, a charge that is increasingly being levelled at the government across its key portfolios.

The government has a record number of Māori MPs in its ranks, but the Indigenous political commentator Morgan Godfery says it – and Ardern – have let down the country’s Indigenous people, who are over-represented in poor socio-economic outcomes and account for more than 50% of the prison population, despite accounting for only 14% of the general population.

“The government simply haven’t shown up on Māori issues; they have been absent,” Godfery says. “Ardern’s rhetoric is very hard to match with her actions.”

What is the alternative?

Ardern’s winning card, however, may be the striking unpopularity of her opponent, the leader of the National party, Simon Bridges.

Godfery describes Bridges as “no match” for Ardern, while Edwards says the National party leader is developing distinctly “Trumpian” overtones in his combative, adversarial style of politics. Bridges consistently polls far below Ardern, frequently polling less than 10% as preferred PM. His most recent ranking in the Colmar Brunton poll was 11%, to Ardern’s 42%.

“Her real concern will be the erosion of her personal advantages, for example her focus on positivity and kindness, if New Zealand First continues to be surrounded by controversy into the campaign and she’s seen as condoning it or not being able to manage it,” he said, referring to Labour’s coalition partner.

Pfahlert in Hokitika expresses a sentiment common across all sides of the political spectrum when he describes Bridges simply as “hopeless”. “He hasn’t got a clue – he just reacts.” And although Ardern has disappointed him, he thinks she might deserve another chance – and that giving Labour a second term in office may help the party deliver.

In 2017, after taking power, Ardern declared that “New Zealanders have voted against the status quo”. She will hope that this time around at the ballot box, she has done enough to convince them to accept it.

Why are virginity tests still legal across America in 2020?

The Guardian Sign up for The week in patriarchy, a newsletter​ on feminism and sexism sent every Saturday. Good news: TI inadvertently inspired change Here’s the good news: California may soon ban virginity testing. Assemblywoman Lorena Gonzalez introduced a bill on Wednesday that would penalize medical practitioners for examining a woman or girl’s hymen in […]

Mistletoe: the Christmas tradition we show no sign of kissing goodbye to

The Guardian It’s not the holidays without Nat King Cole’s 1946 hit The Christmas Song blasting from your radio as you go to pick up your tree, and nowadays, that song might also remind you to pick up some mistletoe. The strange tradition of kissing beneath mistletoe has withstood the test of time. The 19th-century […]