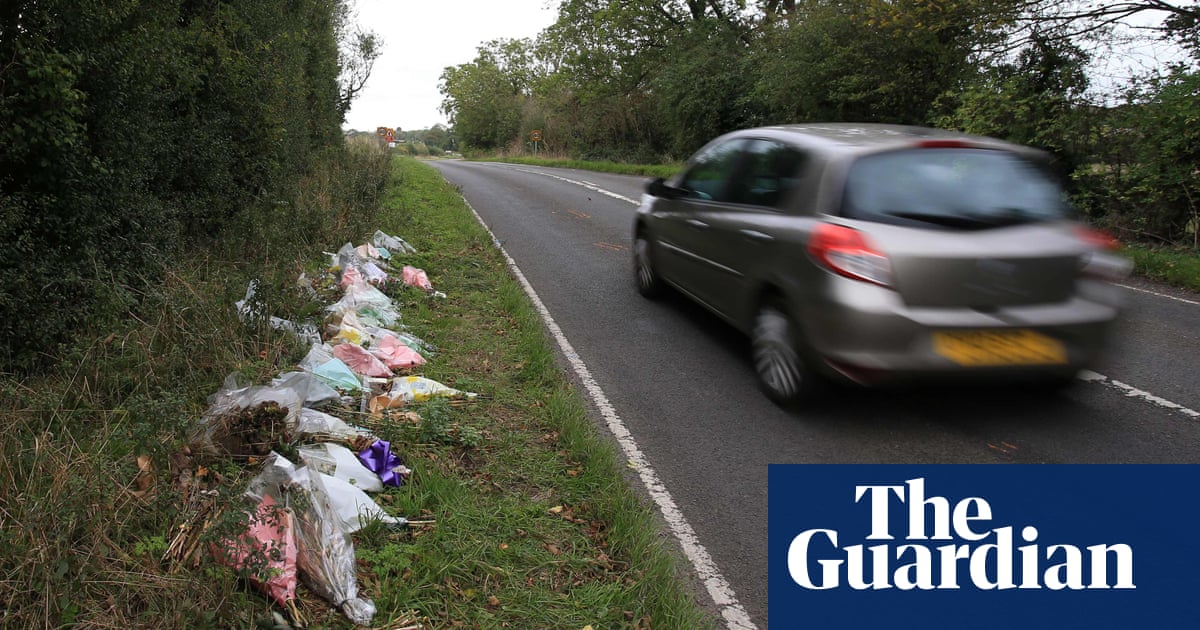 A police investigation has been launched after a video on social media appeared to show a car being driven on the wrong side of the road outside an RAF base near where teenager Harry Dunn was killed.

Northamptonshire police said it is “aware of footage shared on social media on Friday relating to a near-miss close to RAF Croughton” and “a full investigation is being carried out and witnesses are sought”.

Dunn, 19, died when his motorbike collided with a car outside the US military base in Northamptonshire on 27 August 2019.

Harry’s mother, Charlotte Charles, and father, Tim Dunn, earlier said they had seen “no evidence” of the government reviewing its options after an extradition request for Anne Sacoolas was refused last month.

Sacoolas, 42, the wife of an intelligence official based at RAF Croughton, claimed diplomatic immunity and was able to return to her home country, sparking an international controversy.

Charles has questioned the leadership of the prime minister and a lack of action in bringing her son’s alleged killer back to the UK. She told PA Media she felt as if her family had to drag the government “through a hedgerow backwards” to take steps to achieve justice for the teenager.

His mother said: “It is so important to my family that no-one suffers the way we have. I will not let Harry’s death be in vain. I want his legacy to be that diplomats will stay and face the consequences of their crimes and not be allowed to run away, that we will get an ambulance to us when we need it and not when it’s too late, and to ensure that road safety in and around bases is significantly improved both for the American personnel and local residents.

“You would have thought that these would be issues that were important to the government, too, and they would take urgent steps to work with us and to sort things and reassure the people. But not a bit of it.”

The video came to light after the Northamptonshire police chief constable, Nick Adderley, met the base’s US Air Force Colonel Bridget McNamara on Thursday to talk about safety.

A joint statement, which was issued after the meeting, said McNamara had “provided a detailed brief of all the proactive measures that the base continues to do to help those living on the base adjust to UK driving standards”.

Adderley said: “It was clear from the meeting that the base already had a significant number of measures in place in ensuring driver safety.” He described this as “encouraging” to see.

A “shocked” Seiger said the family did not know about the meeting and “should have been there”.

The Guardian One of France’s most celebrated and august art institutions has taken a novel approach to embracing technology while breathing new life into its collection: installing an Instagram artist-in-residence who reimagines the social media accounts of famous artist figures from history. The Paris museum Musée d’Orsay has invited the illustrator Jean-Philippe Delhomme to take […]

The Guardian Barbican, LondonWang’s crisp and agile piano highlights Capuçon’s warm and intense cello as the star pair perform the concert of their CD A pair of stars don’t necessarily make for a great musical duo, but something seems to have clicked for cellist Gautier Capuçon and pianist Yuja Wang. This arch-romantic programme of Chopin […]

Peter Shilton: ‘Maradona’s the greatest player in history but I don’t respect him’

The Guardian England’s most capped player has never forgiven Diego Maradona for his failure to apologise for the 1986 Hand of God goal Fifty years since his England debut, and 30 years since his final appearance as one of the great World Cup goalkeepers at Italia 90, Peter Shilton is in a reflective mood. Having […]