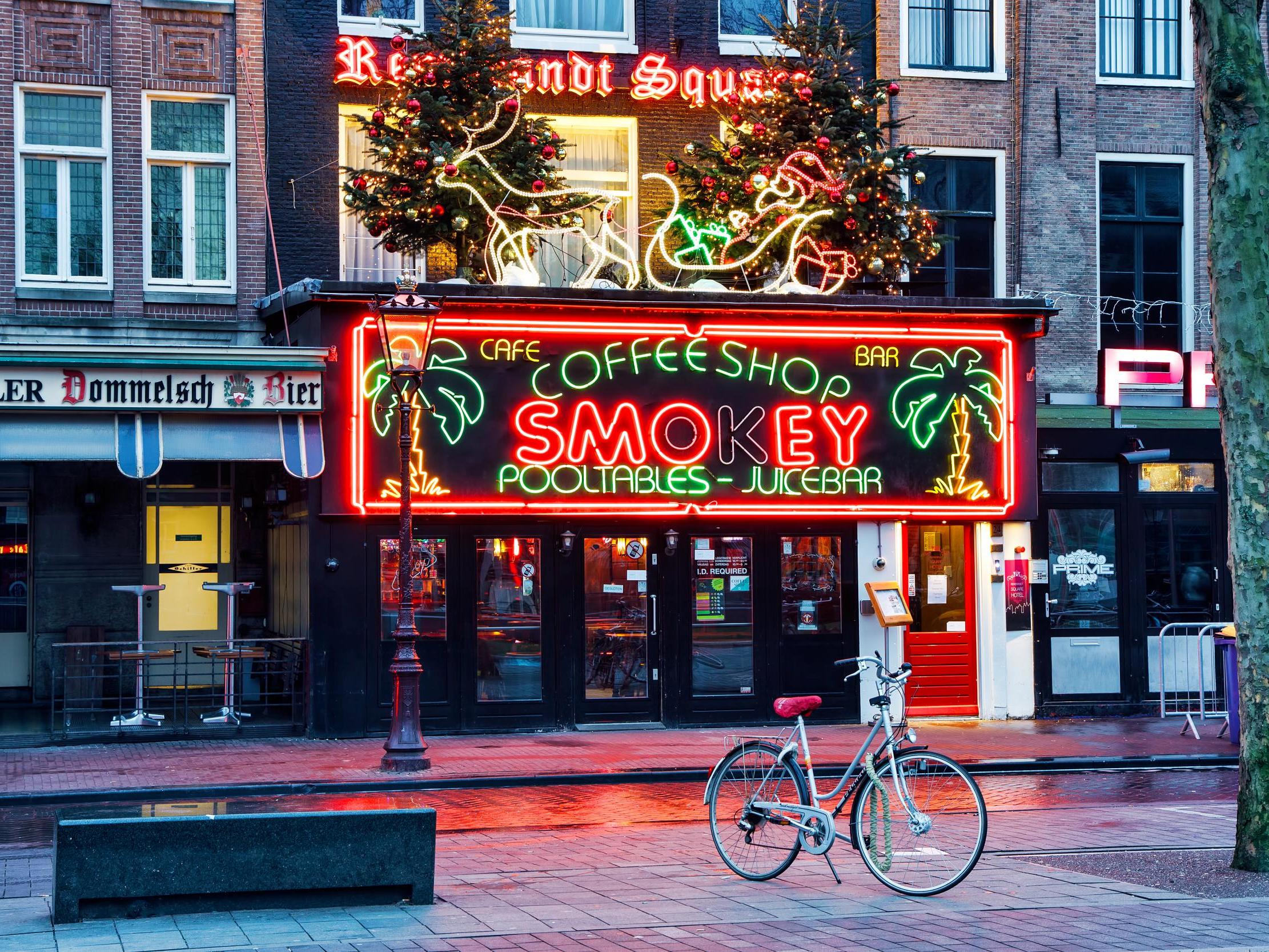 Femke Halsema, the mayor of Amsterdam, is understood to be investigating measures to deter tourists from overcrowding the canal-side streets of the city’s historic heart, which includes the red light district.

She commissioned a study looking at how many people are drawn to Amsterdam because of coffee shops selling marijuana, the city’s legal prostitution zone, and by budget flights.

The survey, by the Research, Information and Statistics Department, revealed 34 per cent of people would visit the city less often and 11 per cent would never go again if they were barred from entering its coffee shops.

Almost half (42 per cent) of Britons said they would visit less frequently, and 12 per cent claimed they would never return.

Of the tourists who would keep coming, 40 per cent said they would refrain from using cannabis.

Those who would continue to use the drug said they would find another way to buy it, including letting someone else go into the coffee shop (22 per cent).

Walking and cycling through the city was the most frequently mentioned main reason people said they visit the city (32 per cent), while coffee shops were cited by 22 per cent as the main reason.

However, the study said: “For British visitors, coffee shops are by far the most frequently mentioned main reason to come to Amsterdam (33 per cent).

Sex workers are regularly abused and photographed without their consent by members of tour groups, the city said.

Victor Everhardt, Amsterdam deputy mayor, said in a statement: “It is disrespectful to treat sex workers as a tourist attraction.”

Tours of the red light district will only be allowed if guides stick to the new restriction, which comes into effect in April, and keep the windows off their itineraries.

Some 115 guided tours pass through the district every day.

The city said research has shown that the high number of visitors inconveniences more than half of the residents and businesses in the area.

The Independent Welcome to our live coverage    This is Chris Riotta on the ground in Richmond, Virginia, where the annual Lobby Day demonstrations are set to begin momentarily.  This year will likely prove to be one of the more contentious demonstrations of its kind, as it arrives just days after a series of gun control […]

Brexit: Boris Johnson under fire from Brussels over fresh threat to EU citizens in UK

The Independent Brussels has protested at a fresh threat to EU citizens in the UK after Brexit, as the Commission’s president arrives in London for talks with Boris Johnson. The prime minister is under fire over sudden plans to allow the powers of an independent watchdog meant to protect their rights to be switched to […]

The Independent Tom Hanks has condemned a promotion for a CBD company that includes a fake endorsement from him as an “intentional hoax”. On Tuesday, a screenshot of the online advertisement in question was shared on Twitter by the A Beautiful Day in the Neighbourhood actor. It included a photograph of him taken at the 2015 Outfest Legacy Awards […]