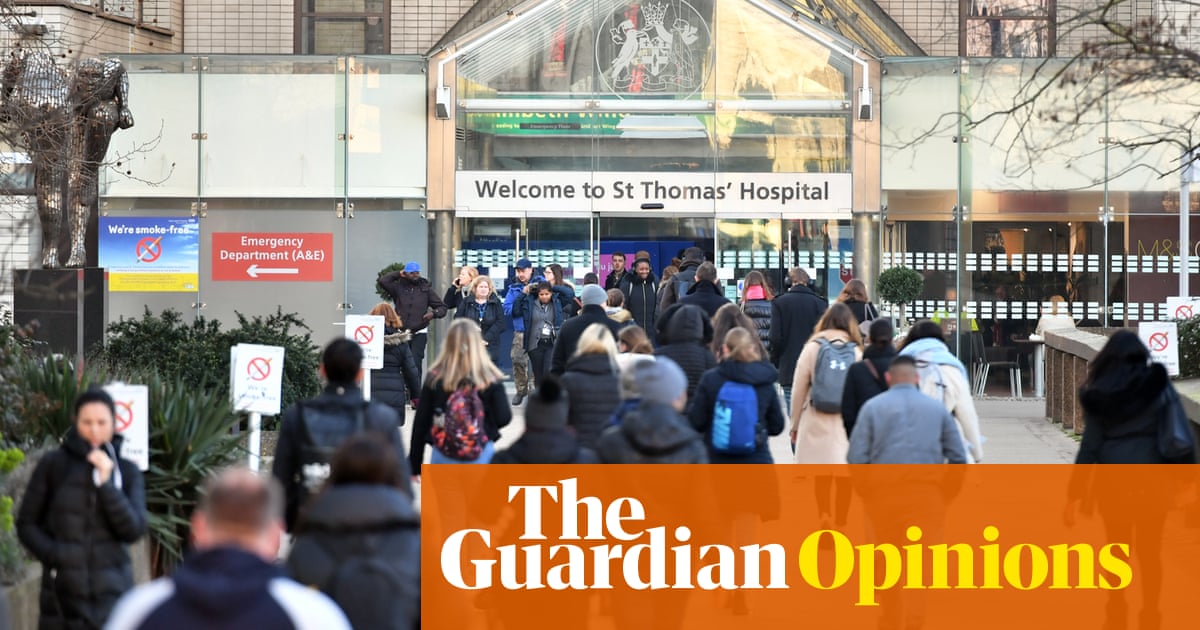 Few people believe any longer that illness is divine punishment for sin. But if you want to see signs that health is still considered today a moral affair, take a look at how we respond to epidemics like the coronavirus.

The Brighton businessman identified as a “super-spreader” of the virus after he contracted it at a conference in Singapore is reported by the Times as feeling “very harassed” and “scared that [he’ll] become a scapegoat”. He is thought to have infected at least 11 people while traveling and socialising, before developing (mild) symptoms himself. It’s hard not to read the media emphasis on his role as a scout leader as an implication that he has carelessly endangered innocent children.

There were “super-spreaders” of HIV too, and the impulse to pass moral judgement was never stronger

“Super-spreader” is the buzzword of the day, and it is freighted with moral connotation. It sounds like anyone with that label has been recklessly putting it about. The term refers to someone who infects significantly more others than the average person who contracts the illness. That’s a necessarily vague definition, because being a super-spreader doesn’t in itself impute any specific behaviour, condition, or degree of contagiousness.

There are many reasons why a disease may be transmitted from some infected individuals more than from others. Perhaps they simply come into contact with more people, for example because of their job or through travel. In other cases it’s a question of poorly understood biology: a virus may be present in higher levels in some people, or they might remain asymptomatic or infectious for longer. It’s true that certain behaviours, like coughing and sneezing in crowded public places, can exacerbate the risk of spreading, although there’s no clear evidence that preventative measures like face masks help much, at least for coronavirus. And if you don’t (yet) have any symptoms, you have no obvious reason to take special precautions.

Given all this, there’s no reason to attach any culpability to people identified as super-spreaders. “They haven’t done anything wrong,” says Nathalie MacDermott, a paediatrician and clinical researcher at King’s College London. But such appeals have the entire history of disease and medicine weighing against them.

“Typhoid Mary” is one of the most notorious cases of blame and ostracism. An Irish cook working in the United States, Mary Mallon was an symptom-free carrier of the salmonella bacterium responsible for typhoid, who spent many years in enforced quarantine, the longest spell from 1915 until her death in 1938 – an extreme distortion of the word coined from the 40 days (Italian quaranta giorni) of isolation imposed on plague victims in the Middle Ages.

The stigmatising of leprosy is now idiomatic, but that made such attitudes no less virulent during the emergence of Aids in the 1980s. There were “super-spreaders” of HIV too, and the impulse to pass moral judgement was never stronger. Even after it became clear (in the face of much ideological denial) that Aids was not exclusively a condition afflicting gay men, individuals who seemed to be hubs of the contagion network could be denounced for their sexual promiscuity.

How to protect yourself from coronavirus

The coronavirus outbreak shows that we haven’t moved far beyond that culture of blame. “So who are likely to be the people spreading the disease?” asks the Daily Telegraph. “Here, we profile the 10 most likely culprits.” Among them are apparently “hair-flickers” (beware of young students!) and “lazy cleaners”. This Victorian view of cleanliness as moral virtue is exacerbated by careless language from specialists. “Imagine someone particularly lackadaisical who spreads the virus across everyone and every object,” one virologist has said. “They can be a super-spreader.”

And of course so (we think) can be suspicious “foreigner”, as even British-born Chinese people are now finding to their cost. This too is an age-old story of xenophobia, long predating the Telegraph headline from the 1980s warning of “African Aids ‘deadly threat to Britain’”. The very notion of contagion spreading by “germs”, first developed in the late 19th century by Louis Pasteur and Robert Koch, passed the blame from location – the presence of “bad air” (miasma) – to people, especially those “invading” and bringing exotic disease from beyond our borders just as germs invade the body.

This is a delicate balance. After all, epidemiology does show that “super-spreading” can have a crucial impact in the early stages of an epidemic. But that doesn’t necessarily implicate individuals. Sylvie Briand, director of pandemic and epidemic diseases at the World Health Organization, has said that “We need to talk about super-spreading events and not people.” As is so often the case in medicine, however, experts, the public and media alike need also to reflect on how history and language condition our thinking.

• Philip Ball is a science writer

The Guardian Rights groups voice concern as mayor in Sinaga’s home city instructs police to carry out raids to uncover ‘LGBT behaviour’ The mayor in the home city of an Indonesian man described as Britain’s “most prolific rapist” has ordered raids to uncover members of the LGBT community, prompting fears of a growing homophobic backlash […]

The Guardian A woman who suffered a massive haemorrhage and died hours after childbirth did not receive all the blood doctors had ordered for transfusion, an inquest has heard. Gabriela Pintilie, 36, lost a total of six litres of blood after giving birth to her daughter via caesarean section at Basildon university hospital in February […]

The Guardian As the period of extreme seasonal gluttony trails into the new year, the catering size Quality Street and third wedge of brie lose their festive lustre; instead, I crave clear soup and fetishise steamed greens. In much the same way, January also makes me want to lighten my beauty routine. There’s something liberating […]