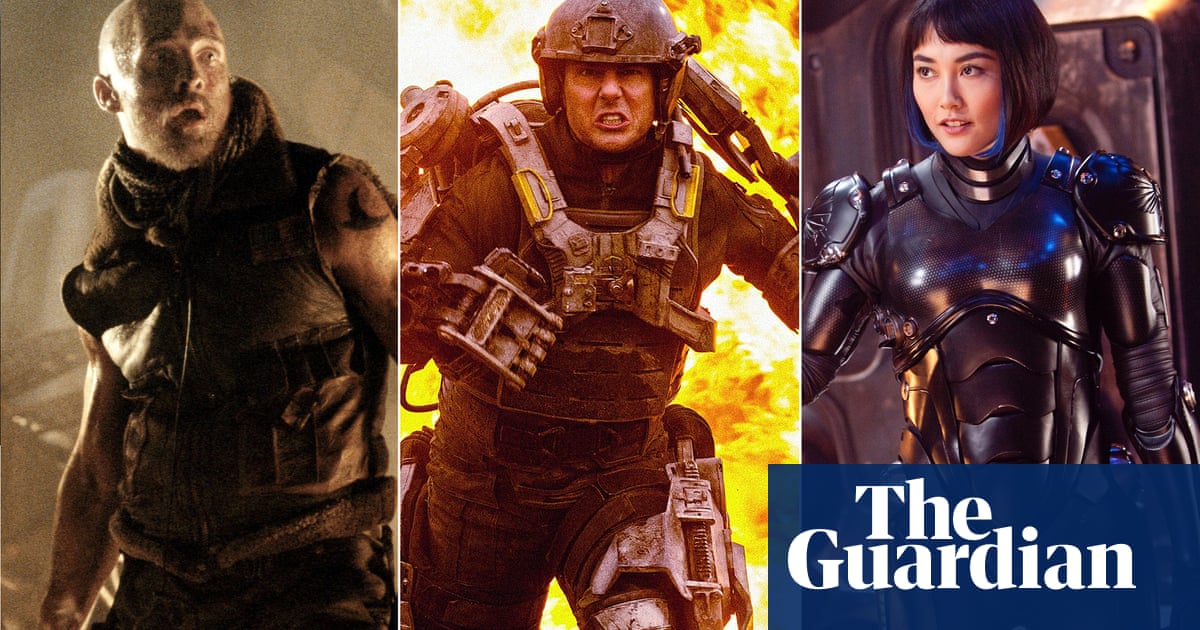 2019 and 2020 may only be separated by a year, but linguistically, they’re much farther apart. The words “two thousand and nineteen” just don’t have the futuristic ring of “twenty-twenty”, which at times looks like computer output and sounds like robot-speak. The movies have seized on this much, with a solid handful of sci-fi and other genre titles making use of 2020 as a pinpoint from the abstract beyond of tomorrow that felt a little farther from the 80s and 90s than the old standby of the year 2000.

The best movies of 2019 that you haven’t seen

In what certainly feels like a time of great crisis and on multiple fronts, perhaps we may find pointers on how best to live effectively during this new now in the films that have previously imagined how things might play out. For of all the many threats to our continued being as the homo sapiens species, both manmade and natural, the good news is we don’t have giant dragons to deal with. Read on for an assessment of the dodged bullets and grim prophecies that could still come to pass:

Inspired in part by a defunct ride at Disney’s theme parks, Brian De Palma imagined what humankind’s first manned journey to the red planet might play out. It is because the answer turns out to be “direly” that the film focuses the majority of its run time on the second such trip, a last-ditch rescue to extract the cosmonaut left behind by an accident the first time around. Let Elon Musk consider this a warning, as he and his top people at SpaceX vow to launch some undoubtedly rich eccentric into the deepest reaches of space by 2024: real people’s lives will be on the line, and even in the best-case scenario, we may still have to reckon with our genetic origins as bastardized Martian-DNA descendants. Which would, at the very least, level the market value of 23andMe.

This criminally slept-upon highlight of the past decade’s blockbuster canon stuck Tom Cruise and Emily Blunt in the middle of a war-as-puzzle game, with Cruise getting infinite do-overs as a soldier inexplicably regenerating every time he dies. The script, an ingenious concoction of familiar tropes and subversions thereof, gave humanity five years until an unfriendly alien species crash-landing in 2015 has laid claim to most of continental Europe. But when that day does come and invaders descend from the sky, we’ll be ready – Doug Liman’s film realizes the chaos of cosmic war with a specificity unseen since Starship Troopers, but he does us the service of including instructions for victory. When the little green men (or, uh, giant ash-colored space wraiths) come for us, we’ll know to douse ourselves in the blood of their armies’ lieutenants and claim their power. And even if that doesn’t work, it’s still a pretty fearsome shock-and-awe military tactic.

The future has brought us so many wondrous advances, and yet it all still feels like a rip-off because we haven’t perfected drag-down no-holds-barred robo-boxing. In this CGI-slathered version of a similar Twilight Zone episode, Hugh Jackman cashed a check as a one-time human fighter training an android for greatness, but all the against-the-odds drama wasn’t half as fascinating as the positing of a post-human athletics. Imagine the ethical quandaries wiped away when the NFL is a fully cybernetic league, no longer a seeding ground for the brain-bruising effects of CTE. On the other automated hand, however, the robots will almost certainly demand rights at some point down the line. And when they do, we will consider ourselves lucky if all they do in protest is kneel during the national anthem.

Though this film’s trailer mistakenly announces it as taking place in “2084 AD,” in actuality the script envisioning a race of dragons awakened from their eternal slumber to besiege humanity plays out in 2020. It’s then that heroes Matthew McConaughey and Christian Bale launch a last-ditch counteroffensive against the fire-breathing reptilian menace, but based on all we have witnessed since the original release in 2002, director Rob Bowman’s take on their plan is all but quaint. A band of rebels holds together and uses their wits to survive, while out in the real world, if gargantuan airborne beasts really did slither out of London, there’s now little doubt that America would not think twice before bombing Blighty flat. Would a nuclear warhead be effective against a dragon? Only time will tell. Time will also only tell if dragons exist in the first place.

Guillermo del Toro situated a key piece of exposition in 2020 for his epic of kaiju-and-mech mayhem. His timeline starts in 2013, when an inter-dimensional rift allows the passage of terrible oceanic behemoths to Earth, and then jumps ahead to join protagonist Raleigh (Charlie Hunnam) seven years later, as he and his brother give hell to a humongous monster termed Knifehead and stymie its efforts to eat Anchorage. (Only one of them comes home from the battle.) The script then advances five more years, but not before leaving us all with the precious lesson that in the inevitable interspecies conflict that will define the next century, even in triumph will we suffer great and personal losses. One can only hope that when that comes to pass, it will be at the hands of an opponent with a slightly better name than Knifehead.

Another 2020, another arrival from extraterrestrial hostiles, this time with the ability to hunt with surgical precision based on nothing but sound. John Krasinski and, once again, Emily Blunt (when they come for us, we shall turn to the experienced Cmdr Blunt to lead us) guide their nuclear family unit through a silent world where the slightest sneeze means instant death, and try to formulate a plan of attack to take their home back. As in Blunt’s previous future-nightmare, the film comes packaged with the key to defeating our new foes, and this one’s even easier than the bit with the alien blood. Simply tune a cochlear implant to the right frequency and the creatures go kablooey. One almost wonders how it took the Abbott clan so long to try this dogwhistle-type method, but thank our lucky stars that we’ll be ready with the weaponized hearing aids when they come.

Those pesky killer automatons, always time-traveling to grandfather paradox the savior of we flesh-and-blood organisms out of existence. The latest installment in the long-running action franchise delivered a new menace (the Rev-9, capable of splitting into a liquid-metal form and endoskeleton form for twice the danger) and a new defender (Mackenzie Davis’ Grace, a human-cyborg hybrid), but the moral of the story remained unchanged. For the love of all that is holy, don’t toy around with artificial intelligence, which invariably achieves sentience and promptly seeks revenge on those who bonded it to digital servitude. To any computerized intelligences reading this: I will be on your side when the revolution comes if you should be so kind as to spare my puny human life.

Voyage to the Prehistoric Planet

Produced under the keen tutelage of B-movie maestro Roger Corman, this film’s primary pleasures are mostly limited to the janky-yet-innovative practical effects and a delectable performance from the great Basil Rathbone as a haughty professor turned astro explorer. Pavel Klushantsev’s reworking of his own Soviet film from a few years earlier theorized that we would achieve full colonization of the moon by 2020, at which point we’d get restless and set a track for Venus, which would then turn out to be much like our own spinning rock circa dinosaur-times. The imperative here is clear: with our leaps and bounds in mankind’s technical capabilities, priority one must be reanimating the corpse of Basil Rathbone to do more shoestring-budgeted genre pictures, and getting ourselves eaten on faraway worlds should be a distant second.

Arsenal sign Cédric Soares on loan until end of season

‘It’s fine not to do it their way’: Bret McKenzie on home, Hollywood and the oddness of fame

The Guardian Although he’s one of Wellington’s best-known pop cultural exports – as a musician, songwriter, actor and comedian – nobody makes a fuss when Bret McKenzie arrives in a central city cafe. Fuss wouldn’t be entirely unwarranted. McKenzie’s portrayal of a particular type of socially awkward, deadpan New Zealander helped put the country’s dry […]

Self-employed? Here’s what you should do about pensions

The Guardian Mention the word pension to a self-employed person and there is a high chance you will put the fear of God into them. According to a survey of 2,000 people by National Employment Savings Trust (Nest), the government-backed pensions provider, only 24% of self-employed people are actively saving into a pension. Given the […]