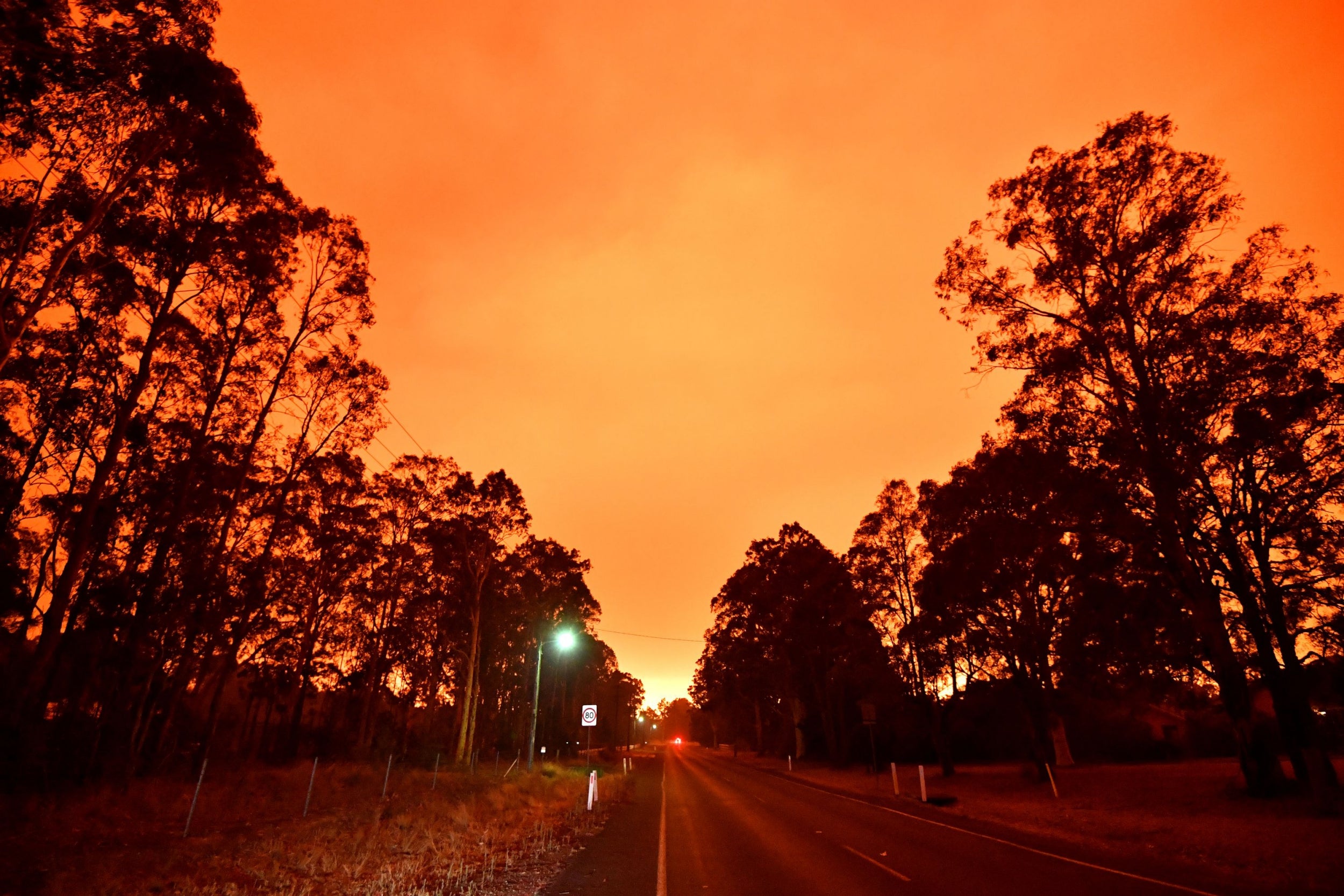 2020 vision has long been a metaphor for clearsightedness – and visions can be towards a desired future.

2020 is a symbolic year.  Our world’s citizens and leaders are finally beginning to see clearly how much our actions are changing our planet.

As the host of the COP26 climate change conference in Glasgow, the UK should take advantage of its renewed autonomy to lead the world in formulating a clear vision for us all to act decisively on the climate crisis.

Apropos the appalling situation in Australia, l am more than saddened by the fact that as yet there has been little to no prominent comment by the government or indeed the Head of The Commonwealth herself.

Although we cannot send firefighters we could perhaps show that we do care, and indeed could make an offer to help with the eventual reconstruction.

At the end of the First World War Australia generously funded the rebuilding of the schools in France where they had fought. Today they are still operating and proudly bear the slogan “Never forget Australia” we however seem to have done so.

Vince Cable is entirely correct in his analysis (‘Remainers need to take some lessons from Nigel Farage,’ Voices, 30 December), he only omits the impact of the disillusionment of the north.

However his assessment that those of us who supported our European membership should “play the long game,” is flawed. Re-joining the EU would necessitate our joining the Euro and losing many of the ‘opt-outs’ and derogations we currently enjoy.  Further more, the longer we leave it the more likely other developments (which as members we could have resisted) of the European project; greater federalism, a European army, could be mandatory conditions of renewed membership.

We had the choice, in our constituency, of voting for Scottish independence OR Brexit so we spoilt our papers and may not be voting, beyond local elections, again. As soon as the weather improves we are sailing to Europe, for as long as they will have us or until our sea legs give out.

We are, and will remain proudly British but are no longer prepared to participate in this populist xenophobia.

I’m really confused. If a politician makes the lives of millions of British people worse increases poverty and homelessness you get knighted?

What do you get if you want to reduce poverty?

Let us wish that the millions of children around the world who fall prey to the domino effects of senseless wars, diseases and displacement will find peace, hope and shelter in the new year.

Let us remember that in war-ravaged areas, healthcare services are overburdened and overstretched and vital infrastructures are ruined.

There is every need to find all the positiveness that we all desperately need.

However, were it that Ms Stephenson’s figure correct at some point in time, those in the latest report would suggest NHS Scotland have achieved significant progress in this area.

The Independent Paul Scholes has criticised Anthony Martial for lacking the desire to get into the box as a striker for Manchester United. The Frenchman has been utilised predominantly in his preferred position through the middle under Ole Gunnar Solskjaer compared to his usual wide role under Jose Mourinho. Martial scored the opener in the […]

The Independent In her Labour leadership announcement in Tribune this week, Rebecca Long-Bailey remarks that the party has been “too close to the establishment we are meant to be taking on – whether cosying up to Rupert Murdoch, joining forces with David Cameron in the Better Together campaign in 2014 or turning our focus inwards […]

The Independent A mother and her sex offender lover have been jailed for more than 20 years each for the murder of her ex-husband during a “medieval duel” in an east London tunnel. Asta Juskauskiene, 35, arranged for her new 25-year-old partner, Mantas Kvedaras, to fight the father of her daughter Giedruis Juskauskas for the right […]